Irritable bowel syndrome (IBS) is the most prevalent functional gastrointestinal disorder in western societies, characterized by chronic abdominal pain and discomfort. It affects about 11% of the adult population and strongly impairs quality of life, social function, work productivity and brings substantial costs to health-care services. The etiology of IBS remains poorly understood and the search for biomarkers is ongoing. It is now well accepted that IBS is a disorder involving multiple pathophysiological mechanisms where composition of gut microbiota has been proposed as one of the potentially important factors. 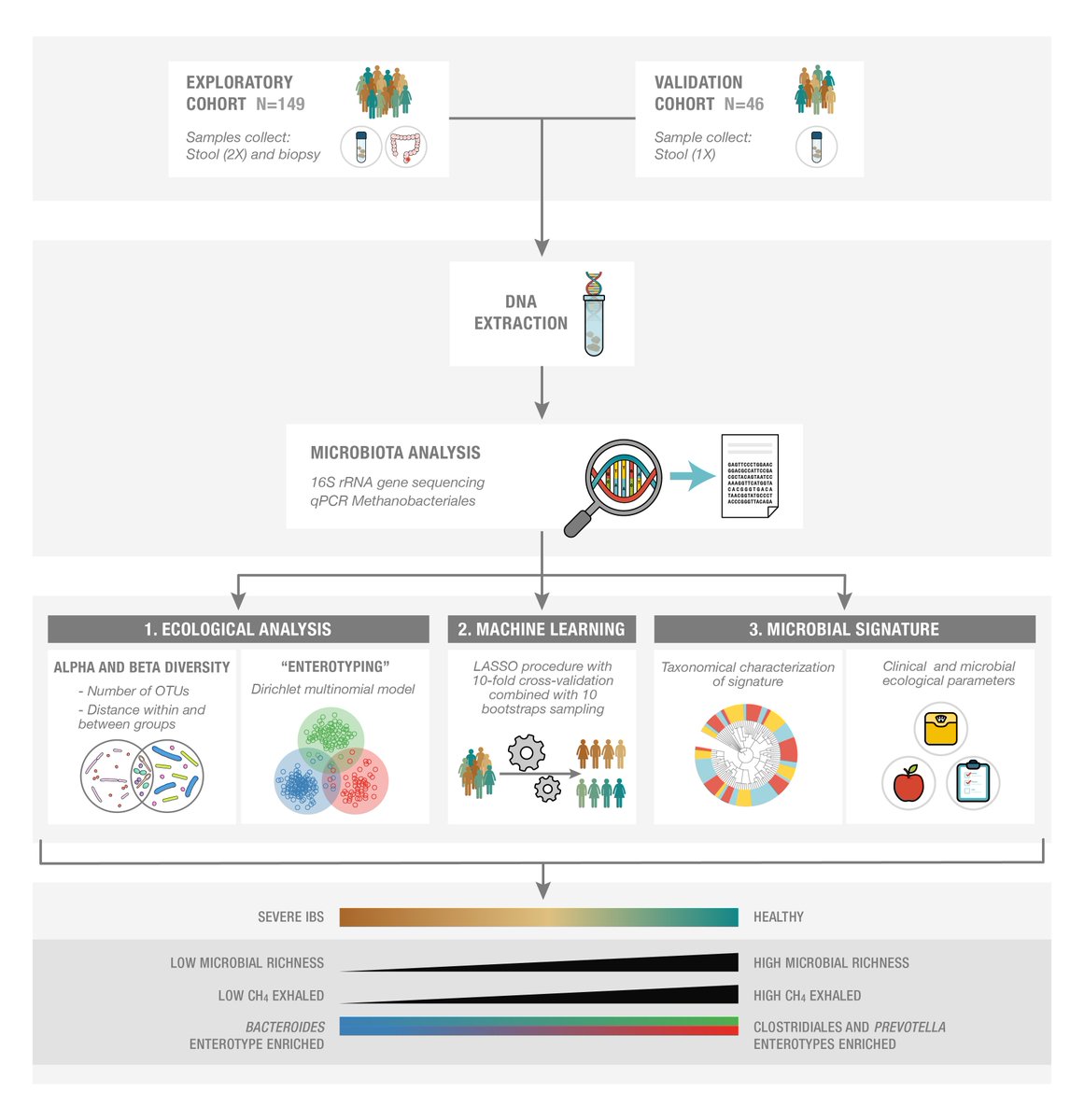 In addition, this study showed also that fecal microbiota covariated with mucosal microbiota despite a different microbiota composition. Using classical approaches, no major differences were found in fecal microbiota abundance or composition between patients with vs without IBS. A computational statistical technique-like machine learning procedure allowed us to reduce the 16S rRNA data complexity into a microbial signature for severe IBS, consisting of 90 bacterial operational taxonomic units. the robustness of the intestinal microbial signature were confirmed for severe IBS in the validation set. The signature was able to discriminate between patients with severe symptoms, patients with mild/moderate symptoms, and healthy subjects.

Using this intestinal microbiota signature, IBS symptom severity was found to be inversely associated with microbial richness, exhaled CH4, presence of methanogens, and enterotypes enriched with Clostridiales or Prevotella species. This microbiota signature could not be explained by differences in diet or use of medications.